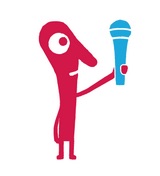 How many of the ideas for Q Exchange actually involve carers? How often are carers included as an afterthought: “…. and carers”? Or how many still use the word ‘carers’ to refer to paid care workers?

Carers are a disadvantaged and excluded group and it is time that service providers and commissioners took greater notice of their views.

While it’s generally accepted that carers, like service users and patients, should be involved in health care, including their own and the person they support, carers still say they are excluded. They suggest that services hide behind confidentiality, that they have little choice but to continue caring, and that they are increasingly stressed and using health care services themselves (Carers UK, 2017). A caring role is often associated with poverty as carers give up work to support their family member (Aldridge & Hughes, 2016). Additionally and anecdotally, carers lives can be shortened significantly by the stress of a caring role. This all has further implications for the wellbeing of the person they support, the wider family, and health services.

Peer support has been shown to improve outcomes for the people receiving and offering support as well as the wider organisation (Graham & Rutherford, 2016; National Voices, 2015). However, although it is becoming increasingly available to service users and patients, there is little evidence around peer support involving carers (Burnell, 2009).

While carers groups have been a valued part of carers support since carers first started self-organising, carers peer support in the form of paid or voluntary peer supporters is still relatively rare. Very few carers would use the phrase ‘peer support’ to describe their groups. With few examples to draw from, carers don’t know to ask for a peer support service for themselves.

Consequently, although service providers might start to consider whether peer support could be extended to carers, with little evidence of carers’ needs or opinions, it is unclear whether this is a useful avenue to explore.

The Community Reporter approach has been selected to ensure the authenticity of the stories. This participatory approach will enable the group of carers to influence further action, encouraging their involvement in quality improvement activities.

The project will train up to 12 carers as Community Reporters to capture stories from other carers, service providers and commissioners in their local areas. The group will receive awareness training about peer support and discussions will be used to inform conversation starters for the interviews. The resulting stories will be co-curated by the group to ensure the authentic story is being represented and key insights identified.

What are the outcomes?

The outputs will include a report and conversation of change event to disseminate carers’ views on the value of peer support. This may include opinions on the broader topic of carer support. The knowledge and awareness of the support that carers value can be taken by services and by carers to influence quality improvement. This is a new contribution to knowledge not available elsewhere.

Up to 12 carers from across the UK will be trained as citizen reporters, with personal outcomes including increased confidence and new skills, in addition to knowledge of peer support and carers’ views. The group will be informed about Q, and invited to join the membership if appropriate. Similarly, the interviewees will be invited to form a network of carers interested in influencing and research on this topic.

Information about and from the project will be shared with Q members through both the peer support group and peer support hub to be developed by National Voices. The conversation of change event will be open to Q members.

Ruth Hannan was instrumental in developing and delivering Triangle of Care for the Carers Trust, before recently moving to her post at Salford Carers Centre.

People’s Voice Media, also based in Salford, specialise in gathering, curating and mobilising stories of people to provide insight that influence and inform people and organisations. They will train the Community Reporters, coordinate the curation and analysis of the interviews, and coproduce the conversation of change event.

Karen Machin has delivered peer support training nationally for nine years and has been involved in research around carers of people in secure services in both Scotland and England.

We have support from carers organisations across the UK.

How you can contribute

This is a great project because…

This project builds on the work of the Q Lab, and the team have engaged well with the Q community in the development of their proposal. We liked the focus on carers and found the proposed approach of using community reporters compelling.

The project is explorative in nature which might mean it is hard to define success measures at this stage - further thinking about how they will share the learning they generate and make it relevant beyond the specific group they are targeting will strengthen the proposal.