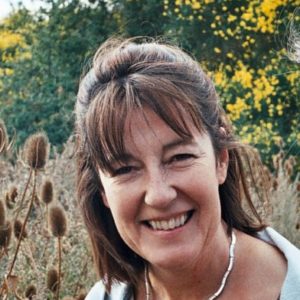 Annie qualified as a midwife in 1998, after the birth of her four children, and then worked as a self-employed, independent midwife providing continuity of carer to women and their families for over fifteen years.

In 2010, alongside their clinical practice, Annie and a small group of midwives started work on creating a new midwifery organisation with the aim of ultimately being commissioned as an alternative midwifery provider within the NHS. The result is Neighbourhood Midwives (NM), an employee-owned, social enterprise with a strong set of values based on improving access and achieving positive outcomes for families through relationship-based care. NM started out providing a private service in London and the Southeast in July 2013, to develop a track record and test their processes. In November 2016, as a pilot in one of the seven Pioneer areas of the Maternity Transformation Programme (MTP), implementing the recommendations of the 2016 Better Births report, NM successfully launched their first NHS service in Waltham Forest. Neighbourhood Midwives have worked closely with the Waltham Forest clinical commissioning group (CCG) to develop this service in an area that offered a very limited choice to women  -  no caseload teams and very few homebirths. On the eve of NM's first anniversary, their 100th baby was born just in time to be a part of the celebrations. 53 of those babies have been born at home and 81% of all their births have been with the woman’s known midwife.

As an aspiring Teal organisation, Neighbourhood Midwives' long term ambition - having tested the concept with the pilot - is to set up more self-managing teams of midwives in the community, supported by independent coaches and linked in to a central administrative team (similar to Buurtzorg). The challenge is how to safely manage and implement this innovative approach in what is traditionally seen as the litigious and high risk environment of maternity services.

Annie still carries a small caseload herself and speaks regularly at midwifery conferences and workshops about the challenges and rewards of this way of working. She was a member of NHS England’s national maternity review team which published their recommendations in the Better Births report in February 2016. Annie was then invited to be a member of the current Maternity Transformation Programme (MTP) Stakeholder Council which oversees the implementation of Better Births.