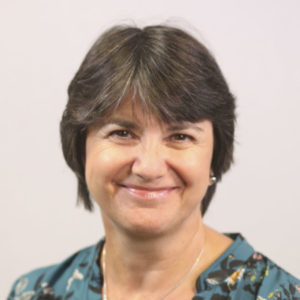 Working as the programme manager for the leadership, culture and capability (LCC) workstream, it has been my pleasure to bring together people from across the region. The SI CoP was developed from an initial meeting of our Improvers Network, a 1200-strong network of individuals interested in Quality Improvement, in July 2017.

Discussing common challenges, the group quickly identified serious incident investigation as an area that people felt strongly impacted on patient safety and improvements could be made. And so, the Kent Surrey and Sussex (KSS) Serious Incident Community of Practice was born.

Suzanne explains how the embedding learning workshops have evolved.

At the initial meeting in July, we identified specific areas of concern including: duty of candour; embedding learning; training, psychological safety; processes and patient involvement. Each member of the group signed up to the area that was of interest which formed the various workstreams.

The first quick win from the CoP was to develop a Duty of Candour leaflet for all organisations to use. This can be formatted to suit individual organisations and has now been adopted across parts of the region. Also, working with patient involvement a further leaflet was developed so that patients and families know what to expect during an investigation, and this has also been adopted into the processes of several trusts.

I was particularly interested in how learning is adopted and embedded from investigations; this was a topic that everyone knew needed to be addressed, but the mechanisms for doing it were not fully developed or robust enough to ensure sustainability.

I was asked to facilitate the first workstream meeting in September 2017 and I wasn’t sure what to expect! So, I was pleasantly surprised when 15 people turned up from across the region and from a variety of organisations. I ran the session as a promoting innovation exercise by generating ideas with creative thinking, word play and five-ways exercise, concluding with the six hats methodology by Edward De Bono.

The words of leadership and culture were identified as being critical factors to success. Further workshops explored concepts from the first session in more detail, with in-depth analysis of action plans and engaging staff.

The embedding learning workshops generated enough material to compile an ideas guide. This approach was taken as it was concluded that “one size does not fit all” and no single organisation has all the answers – we can all learn from each other and the CoP brought us together to start that process.

Everyone worked collaboratively to share ideas and generate improvements in an atmosphere of respect, confidentiality and common understanding of the role and time pressures. A benefit of the workshops has been to establish a more cohesive network across the region that can now contact each other without formality or awkwardness. Any barriers and reservations have been dismissed from working together over the past year or so.

It has been a real pleasure for both of us to be a part of the community of practice and to meet so many passionate and like-minded people who work so hard to make a difference to patient safety.

If you’d like to learn more about Communities of Practice, join the Special Interest Group (SIG).