Ruth Jordan, Head of Continuous Servcie Improvement at Cardiff and Vale University, tells us how a Q speed-consulting connection with a QI Lead in Scotland helped change her life 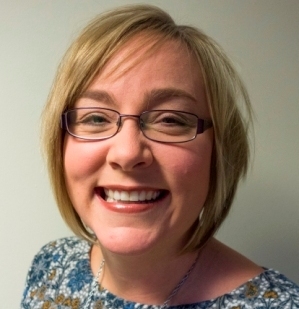 I joined Q in the first recruitment intake and right from the beginning I loved it. Early on I was exposed to a lot of new methods and met a lot of new people.

In Wales, we have a very big metaphorical border to the rest of the UK and it’s hard for us to reach out beyond that. We generally look to build our own internal networks. So the connections in Q are for me the most significant thing that has happened since joining. I’ve made lots of useful connections – let me give you an example of one that’s been particularly significant.

We found ourselves in parallel universes dealing with the same issues and shared practical information about how we were managing our issues within our teams.

At the first Q event, we took part in a speed consulting exercise to which I brought a problem around project management and quality improvement and how to deal with that in an organisation trying to merge it all together but confused about the difference.

It turned out that the person sitting next to me at the table – Paul Arbuckle, QI Lead, NHS Tayside – was dealing with the same problem, so we swapped details and agreed to email each other afterwards. It’s common to meet people at events in this way and to not actually connect afterwards, but we began to talk monthly on the phone.

We found ourselves in parallel universes dealing with the same issues and shared practical information about how we were managing our issues within our teams. Paul had focused on different aspects to the same problems – he comes at things from a much more 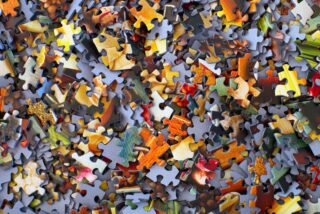 academic focus and I come at them from a much more relational aspect, and those two perspectives harmonise well. We filled in a jigsaw together.

Since then Paul and his line manager have come down to Cardiff and spent some time in our organisation. I took them to a celebration event for our team-based QI course and Paul and his team have now taken that away and started their own version of the course. I’ve also been up to Scotland and observed what’s happening up there.

I get a lot of energy from meeting people and I find them fascinating. For me there is something about being open to connections that might happen at anytime, and that’s what Q really brought to me – being open to let people in and recognising where we can share stuff.

To give you another example, we are currently changing the way my team works from an improvement function to an improvement and transformation function. We were asked to provide evidence for the approaches we take and so I needed to produce a business case for quality improvement. In a recent call with Paul, he told me he had just written one the week before and done all the research. It tends to be that when one of us needs help the others can pitch in.

I get a lot of energy from meeting people and I find them fascinating. For me there is something about being open to connections that might happen at anytime, and that’s what Q really brought to me – being open to let people in and recognising where we can share stuff.

Paul and I wouldn’t have met without Q and it’s been uncanny to find ourselves in a situation where we share so many similar experiences with our work, and it’s moved from just a monthly phone call to a real friendship. It’s been an invaluable professional relationship that’s allowed us to make real changes in our workplaces, and it’s honestly changed my working life.

Another member, Richard Wylde, a QI lead based in Liverpool, has now also connected with us and we’re talking about how to replicate the success of that relationship and expand it. Thinking about connecting with and finding other QI leads is now the challenge looking ahead.