Co-production – why and how

Fiona Carey, Co-Chair, Coalition for Collaborative Care, on why health care professionals should embrace co-production and she offers some advice about where to start. 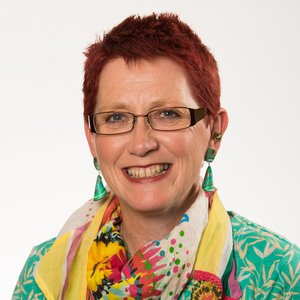 Co-production – the best, if most elusive, version of ‘patient involvement’ – is gaining ground as an idea. In fact, there is a growing acknowledgement that co-production is simply the right thing to do, both for people who use services and for their families.

But it also makes operational sense. This is true for lots of reasons, but here are the three biggies (and some slogans!).

First, it’s better for patients to be actively involved in their care.

Individually, patients will understand more, ‘comply’ more, and be healthier.

People with long-term conditions are probably best-placed to know what services they want and need, and can contribute massively to their proper design and planning.

Second, you get better outcomes.

Where systems and processes are designed with users, you’ll get to the right solution quicker, and with less iterations. Then once in place, the systems and services will work better, faster, and with fewer revisions.

Slogan alert #3: As ‘expert advisory groups’ go, if people who use services didn’t exist, you’d have to invent us.

Usually a bit scared and sceptical at first, the experience of the Coalition for Collaborative Care (C4CC) Co-production group, and hundreds of other ‘users’ working with professionals around the country, is that once professionals have co-produced properly, they are bitten by the bug, and become serious advocates of the methodology. Pathways work better, systems work, and job satisfaction goes up.

Slogan alert #4: ‘Co-production helps us to prioritise, and that’s better for us all.’

How to do it and where to start

So it’s great news that C4CC, working closely with NHS England, has produced a Co-Production Model. Even better, is that it’s on a single A4 page and that it is a mode of simplicity, sense and plain English. It:

The fact that it has been received with huge enthusiasm seems to reflect the reality of where we are with co-production – that the argument ‘for’ has largely been won, but that people aren’t sure how to do it, or where to start.

And to suggest, in addition, that there are numerous professionals out there who really want to work using co-production, but aren’t sure how to go about it. (Although the oft-cited difficulty in ‘finding patients’, frankly seems a bit weird to me…)

Co-production is the easiest thing in the world to do badly, and really hard to get right. But the basic principles aren’t difficult, and the Co-production Model suggests a methodology that is simple and straightforward.

The chances are you won’t get it right the first time, but don’t let that stop you!

Slogan alert #5: Don’t wait until the plan is perfect. Make a start, and fix it as you go along.

Fiona Carey and Mandy Rudczenko lead a Co-Production Special Interest Group within Q – bringing together members to share ideas, stories and good practice, to help them implement co-production, including by using the C4CC co-production model. The group usually meet via conference or web calls and from across the UK. The SIG is open to all. To find out more, contact Mandy.