Following her talk at the Q community London welcome event earlier this year, and in the lead up to TEDxNHS 2018 on 21 August, Sheena Visram reflects on her experiences choreographing TEDxNHS 2017 in the second of her two-part blog on building partnerships and socialising healthcare. 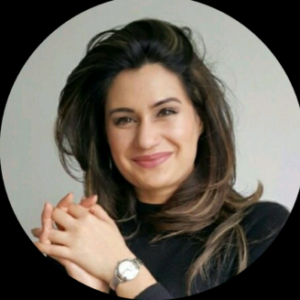 Storytelling and spoken word help ideas worth sharing come to life. With this knowledge, I think back to my invitation to organise and curate TEDxNHS 2017, Inspired by People, with a sense of warmth and gratitude.

TEDxNHS is an event for NHS workers. The organising team is made up of NHS staff most often on fellowships across FMLM, Darzi and GMTS, with many trainees and mid-level managers collectively seeking to develop experiential leadership opportunities. Each year sees a fresh team of around 25 people, with a new signature reflecting the diversity of that team. 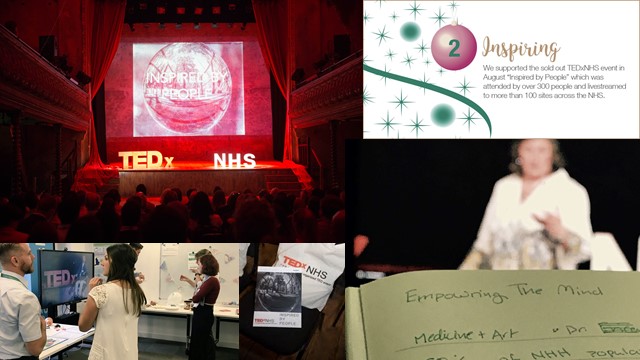 The mission has been and remains clear: there are amazing people in the NHS with inspirational stories and aspirational ideas. We want to bring these people together once a year to share their stories on a national stage, so we leave inspired to think differently, dream bigger and design better for the population we serve. As I think back, the opportunity to elevate an array of unheard voices to the national stage was such a privilege, there is no doubt that this needs to be a priority.

The topics covered so far have been:

As a team at TEDxNHS we forged a brilliant working dynamic and collective voice that I am keen to preserve. This was my greatest joy and so I’d like to share some learning from the experience of relinquishing hierarchy, distributed teams and collective resilience.

Leave hierarchy at the door

TEDx events are heavily curated in their design. As a prerequisite the audience and collection of speakers were mapped to represent a diverse cross section of the workforce. Nancy Kline is well quoted in saying that, even in a hierarchy people can be equal as thinkers. We chose to demonstrate that by setting the right climate, so that people could be equal to become the doers and the faces of their successes. This opened up a new dialogue around some of the most prominent NHS topics.

Many individuals snapped out of traditional rank and hierarchy based environments when stepping into the TEDxNHS arena.

The way we work is changing. We operated as a distributed team with a shared purpose, vision and a mission we had chosen to accept. It was about a collective drive. This meant that we were connected through technologies like SLACK, a schedule of remote conference calls and rehearsals.

It is worth saying that no part of this worked to perfection. We learnt everyday through the process and we vocalised permission to do so. As roles and responsibilities carved themselves out, we experimented with different ways of working and this formed part of the legacy handed over to the new team. My greatest thanks to the team was a lesson in collective resilience. It is fair to say that after six months of working together, there was an innate sense of connectedness across the team, many of whom did not meet until the event itself. 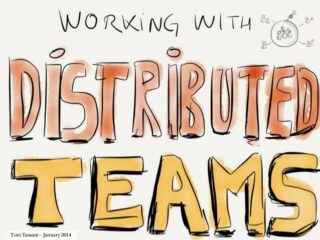 I believe that collectively we can be resilient. The ability to become independently more resilient is one thing, but the collective resilience and elasticity within a team is another. The opportunity to understand one another came through an openness to listen, understand stressors and behaviours. I developed the most through opening up to the challenges posed and so much of this is thanks to our beautifully democratic co-organiser, Pablo, whose strength sat in canvassing a broad cross section of ideas.

In parallel, the partnerships between the individual curators on the team and speakers were characterized by trust, honesty and openness – there was no rule book to this. It became intuitive and was based upon a shared belief in each idea was worth sharing on a national stage.

The partnerships between the individual curators on the team and speakers were characterized by trust, honesty and openness – there was no rule book to this

Now to the day itself!

It was one filled with emotion and marked by authenticity. I sat stage-side in perhaps the best seat in the auditorium – watching the choreography of the day unfold through the reactions of the audience.

Each story told a compelling tale. I was humbled by the outward shows of respect. By example, in feet of a swan, a senior nurse proudly advocated for junior members of her team, describing herself as the majestic swan, sliding across the surface and driven by the relentless commitment from those feet below her, rarely seen or heard – this was her moment to change that dynamic. She glowed in doing so. 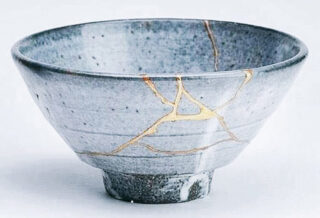 Mental health was also a popular topic on the day, encasing vulnerability, self-care and Kinsugi. A police sergeant bravely challenged perceptions to mental health through the Japanese art form of Kinsugi. In western societies, broken objects are often thrown away and readily replaced. In Japanese culture, if a jar breaks, the pieces are collected and glued back together. Gold is used to repair the broken item, meaning the object holds more value through the break. He challenged us all to break well and celebrate the cracks.

The choreography of the day ran a golden thread through the power of lived experiences and self-realisation. The voice of patients, parents, healthcare professionals, put on a display of spoken word, musicality and performance, showcasing innovation, design and a greater sense of purpose. This was interwoven with advocacy on behaviours and a responsibility to celebrate one another.

How you can help

From the Q Community I would ask that there are more opportunities to elevate the artistry of spoken word. Our stories stand the test of time. As we celebrate a brave new team for TEDxNHS 2018, let’s offer support from every direction to set the bar high, steadily building a more inclusive partnership with TEDx in the USA, and in turn building a community for change across an NHS that has stood the test of time over 70 years.