Tom Ling, Head of Evaluation for RAND Europe, discusses the transformative powers of cross border conversations on improvement between Scotland and other parts of the UK. 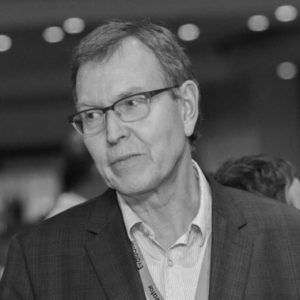 In reality the relationship between subtle, and sometimes not so subtle top-down pressure and bottom-up, professionally-led QI is complex. The arrival of Healthcare Improvement Scotland predated, and was then amplified by, devolution and was never only a bottom-up approach. One system leader talked about a mandated hearts and minds collaborative with deliberate irony, intending to capture both an obligation to participate but also a culture of improvement that was both enabling and empowering.

In reality the relationship between subtle, and sometimes not so subtle top-down pressure and bottom-up, professionally-led QI is complex.

Also, some interviewees questioned the idea that there was a homogeneous professional grouping with a shared approach to improvement. Instead, they suggested that improvement is more group-based in Scotland than the Nuffield Report suggested. However, this continues to evolve and Q could play an important and distinctive role in encouraging different groups to talk and learn with each other.

The ihub also aims to bring different approaches together (relational and technical). In addition, improvement in Scotland embraces social care, housing and the third sector, and so is generally discussed in a more cross-sectoral context. More widely it is seen as part of the work of the whole public sector with senior politicians being well-versed in, and committed to, improvement. It was agreed that in improvement there was no one size fits all and that having cross-sectoral and interdisciplinary working was important. Q, it was suggested, can provide leadership in this context, supporting a groundswell reinforcing this context and in particular supporting a continuing commitment to improvement in times of increasing austerity.

There was near unanimity that for improvement to maintain momentum, improvers should address the big ticket items of reducing inequality (and for some addressing poverty) and moving people out of acute care and into community settings. This is an ambitious set of aims for improvement – i.e. not only supporting incremental improvements but also improving whole models of care and being transformational.

There was near unanimity that for improvement to maintain momentum, improvers should address the big ticket items of reducing inequality (and for some addressing poverty) and moving people out of acute care and into community settings.

Finally, I was struck by an important lesson of the Scotland experience; that improvement takes time and there are great benefits from maintaining a consistent rhythm. Training cohorts in improvement methods and then sticking to these methods was seen as fundamental to any success achieved (consistently doing something that works was seen to be more important than endlessly seeking for the perfect approach). Similarly, it was also suggested that it was important to find the right branding and language to be both inclusive but also to recognise the particular discipline and practices of improvement.

I was struck by the distinctiveness of improvement in Scotland but also by the fact that very few wanted a purely ‘tartan Q’. There was great interest in understanding what was happening elsewhere in the UK but also in sharing conversations. For some Q members, cross border conversations on improvement have been transformative. For me the big lessons are: improvement needs to balance responding to national mandates with unlocking local initiatives; persistence and a rhythm of learning matter; a variety of approaches should be matched by a willingness to learn from each other; and improvement loses some of its its ethical heart beat if it cannot address the big ticket items of supporting a more just and more productive health care system.