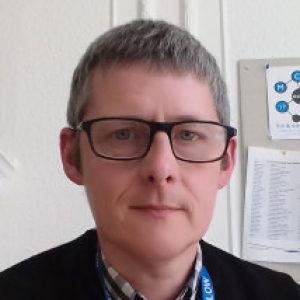 Steve Harrison is Head of Quality Improvement at Sheffield Teaching Hospitals NHS Foundation Trust (STH).  Steve manages a small QI team and is responsible for building quality improvement capability to improve patient care, engage staff, and improve systems and processes.  Steve has worked at STH since 2008, following a varied career town planning and retail.  After working as a Programme Manager and Service Improvement Manager at the Trust, in 2014 he was appointed to his current role and works within the nationally recognised STH Service Improvement team.
Steve introduced microsystem coaching methodology at STH and is the organisational and faculty lead for the Sheffield Microsystem Coaching Academy (MCA), developing improvement team coaches across the Sheffield system.  The MCA was recognised with a national Patient Safety Award for changing culture in 2014, and in 2015 Steve was recognised as national NHS coach/mentor of the year by the NHS Leadership academy. He is also core faculty for the Flow Coaching Academy, a Health Foundation supported initiative scaling up improvement coaching at the care pathway level across the country, and is a current Health Foundation Generation Q fellow