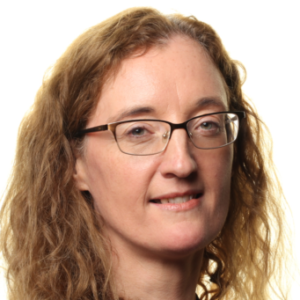 In January 2017, I joined the HSE National Ambulance Service (NAS) as Project Manager for the National Out-of-Hospital Cardiac Arrest Strategy, and have recently taken a new role as the National Ambulance Service Lead for Clinical Strategy and Evaluation. I am also a member of the NAS Research and Clinical Audit Committees. I am also principle investigator for an applied research study investigating ways to systematically evaluate the role of first responders in the management of OHCA. I am also a HRB Principal Investigator for two prehospital research studies, and have recently completed a PhD in the Discipline of General Practice, National University of Ireland Galway.  I have also recently been given a role in the writing team of the new epidemiology chapter of the ERC 2020 Guidelines.

I began my professional career in 1995, working as a Community Dietitian in County Donegal, Ireland. I then joined the Department of Public Health Medicine as a Research Officer, working on diabetes-related projects including a diabetes information system and the diabetic retinopathy screening service for North West Ireland.

I have worked with the Discipline of General Practice, NUI Galway since 2007, originally as the Project Manager for the implementation of the Irish National Out-of-Hospital Cardiac Arrest Register (OHCAR) and subsequently as OHCAR Manager, during which time we achieved nationwide data collection and commenced provision of OHCA quality indicator data to NAS.