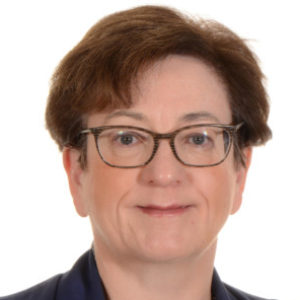 Currently Consultant Rheumatologist in Lanarkshire.  Liz was appointed in 1994 as Consultant Rheumatologist at Law Hospital to a newly established post and since then the service has developed so that Lanarkshire now has a comprehensive area-wide service with additional subspecialty provision.   The team contributes to multicentre clinical trials and national audit and the unit is in high demand as a placement for rheumatology trainees.

·         Liz has a particular interest in paediatric and adolescent Rheumatology and undertook a sabbatical as Visiting Specialist at the BC Children’s Hospital, Vancouver Canada, October – December 2001. She is actively involved in the Scottish Paediatric Rheumatology Clinical Network.

·         Liz has a strong commitment to medical training.  She has held a number of posts in postgraduate education

·         Member of faculty for the SCOTS “Educational Supervision” Course.

·         Liz has a substantial track record in quality improvement.  She graduated with distinction as MSc in Clinical leadership in December 2010.   Her dissertation addressed issues of quality improvement in healthcare including the contribution of team based learning and aspects of self efficacy in long term illness.  In 2015, she completed the NHS Improving Quality “Improvement Fundamentals” module.

·         She is an active member of the Scottish Society for Rheumatology and was, until recently, chair of the Clinical Standards group for the Society.  In that role, she developed a system of web based audit and was the principal grant holder on a three year Scottish Government QIS grant to develop this nationally. This was awarded a British Society for Rheumatology Best Practice Award in 2016.

Member of the Clinical Affairs Committee of the British Society for Rheumatology 2011-14.

·         Chair of MRCP (UK) Scenario Writing Group and a member of the MRCP(UK) Scenario Editorial Committee and MRCP(UK) Clinical Exam Board.

·         Represents the Scottish Colleges on the RCPL/BSR Specialty Committee for