After some conversations at a Q launch event, Simon Knowles wonders whether the use of games hits the spot with every participant. 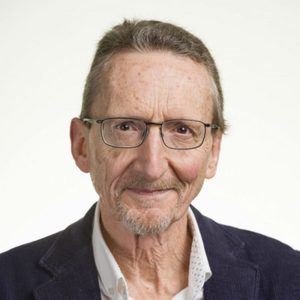 Using games as part of a day on quality improvement; what’s not to like? Well. At the launch meeting of the SW Chapter of Hell’s Improviasts, aka the Q Community in March, one courageous participant told the room that he didn’t like games. There was a polite sort of hush of disbelief and then we got on with learning about some terrific games. I suspect everyone discovered something new, whether it was using paper aeroplanes to construct run charts or doing strange things to a balloon. Facilitated by a couple of fab trainers, at least one of whom is, by her own admission, a rabid extrovert.

Subsequent conversations with a mixed bunch during the afternoon would have me believe that the lone dissenting voice earlier was actually speaking for more than several people in the room. There is a modest minority here. Some will have had the fun leached out of the word games at school. Always picked last on sports afternoon; often limping back from the cross country run after everyone else has got showered; perhaps excluded from the alpha male or female clique in the playground. Or just simple introverts who find new groups pretty challenging without the additional stress of handling 20 sticks of spaghetti and a piece of string. Or, like me, introverted and immunised against competitive games.

Anyway, if you are familiar with the background to the marshmallow challenge, you’ll know that primary school and kindergarten kids do really well; grown-ups not so much. Why? Because adults learn (or are taught) to fear failure.

Repeat: adults learn (or are taught) to fear failure.

My point is this: if a selected and self-selected group of improvement enthusiasts includes individuals who don’t immediately take to games, then it’s probable that some of our users may not be too keen either. So what to do? Jettison games in the name of all that’s introvert? Only select improvement team members who are good at sports? Disregard the slightly anxious minority?

Well, none of the above, of course. I think the major issue here is simply the word GAMES and the accompanying baggage. Conscious of this negative flag, we have some practical options that might make life better for everyone, including the extrovert majority.
• Get a feel for the balance of your group; are they all extrovert?
• Don’t go in cold: do a couple of ice breakers first (yes, I know we sometimes use games as ice breakers; perhaps we should rethink) or leave games until later
• Find roles for observers
• Be very clear that the game is being used to illustrate a point or as a surrogate for a work situation
Or simply
• Don’t call it a game! Call it a simulation or an activity or a teapot. Anything less laden with connotations of failure.

Have a great day.