On the 16 November, Learning from Excellence (LfE) held their first national conference in Birmingham. Charlotte Goedvolk shares her thoughts on the day and what she learnt. 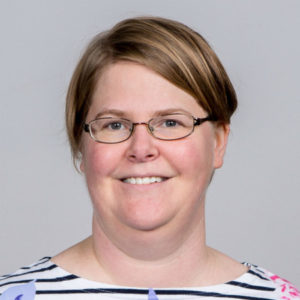 Learning from Excellence started in Birmingham in 2013 and has developed into a movement that has spread across the country. It is an initiative that focuses on positive events. It allows people to report excellent practice and good outcomes, rather than the usual adverse incident reporting. The 16th November 2017 saw the burgeoning Learning from Excellence community come together for its first conference.

On arrival we actually had to queue to get in, I think this was a first for me at a conference. On registration we were all given a small pack of business cards, which proved very useful when a large part of the day was spent meeting other people and discussing Learning from Excellence projects.

The day started with a summary of the story so far. Q members Peter Jeffries and Adrian Plunkett told us about their journey and how they introduced the concept of Learning from Excellence. One of the things that struck me from their stories is the importance of networks and linking in up with other people. Learning from Excellence has become a social movement that finds its strength in its members.

Suzanne Quinney challenged us to have conversations and to listen appreciatively. Listening with a quiet mind is so important. She encouraged us to be explorers and enquirers. There was a lot of interest for the Appreciative Inquiry packs and books available at the conference and it is clear that more and more organisations make use of this methodology, not just for Learning from Excellence, but for all change and improvement work and for staff engagement.

Neil Spencely spoke about workplace culture, humility and respect. He challenged us to take on the role of someone in our team and to experience what life is like for them. He spoke about what an eye opener this had been for him and how, as a cleaner, you become invisible. A thought provoking statement.

Andy Bradley talked to us about humble pride and it being the antidote to shame. He also powerfully talked about his experience of depression. He stressed the need for a ‘lacuna’, an open space where we can listen with an open heart.

After lunch, which was mainly used for networking and to look at the poster presentations, there was a panel discussion with the people who presented posters at the conference. The panel included Gemma Crossingham, the Q member who set up Q’s ‘Learning from Excellence’ SIG (find out more about SIGs here – open to all to join).

The discussion showed how people have adapted the Learning from Excellence concept and used it in their own organisations. It was clear that the initiative has had a significant positive impact and has led to more staff engagement. A lot of people had just ‘got on and did it’ and started with paper reporting and found solutions to problems as they went along. This was a significant driver for my own project, where roll out is being delayed due to IT issues.

Adrian then spoke about the future for LfE and the community of practice that he hopes to build. Judging by the enthusiasm in the room during the day, I think there will be no problems in building that community. There is also increasing interest in extracting some of the harder scientific evidence and measuring the impact of LfE projects.

After a further talk by Suzanne on appreciative conversations and asking questions and listening with joy, the day was concluded by Chris Turner.

This was one of the most inspirational conferences I have ever been to, and the buzz in the room was amazing

He spoke about the effect of incivility on team performance and on bystanders. The numbers were shocking: a 61% reduction in cognitive ability of the recipient, a 20% reduction in performance for on-lookers. His message very clearly came across: civility saves lives.

This was one of the most inspirational conferences I have ever been to, and the buzz in the room was amazing. Ideas were being shared and I think everyone left feeling even more enthusiastic about the power of Learning from Excellence.