Q Visit Appreciative Inquiry: What I wish I had known 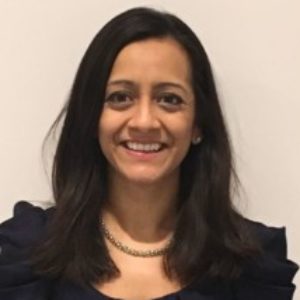 It’s about learning from times where things have gone right, not wrong.

The approach is all about re-framing the question to find out about how to get more of the thing you want, rather than working on eliminating the thing you don’t want. It’s about learning from times where things have gone right, not wrong. So for example, instead of football players watching tapes of them making mistakes, the AI approach would say they should watch examples of times they have got it right – the principle being that as we re-experience the example of excellence, we learn how to replicate it.

What was I struck by?

It’s so simple! Changing the language sounds so obvious yet it had not occurred to me to reframe in this way. I was also struck by the evidence that shows this is a highly effective approach.

It’s so simple!  Changing the language sounds so obvious yet it had not occurred to me to reframe in this way.

How can I apply AI in a health care context?

Listening to the principles of AI, a memory that immediately came to mind was when I was working as an operational manager for cancer services at an acute trust.

My team were responsible for booking all the 2-week wait appointments across the Trust and for a period of several months we were failing to meet the target. This was despite us meeting the target over the summer period, which is a notoriously difficult time.

The Trust executive team instructed us to carry out a root-cause analysis for every ‘breach’ of the target and get to the bottom of what, or who, had caused a delay in the patients’ pathway and what measures could have been put in place to prevent this.  At the time, this felt like the right thing to do – we had a problem so asked ourselves what had caused the problem.

The unintended consequence of asking the question in this way, was that individuals felt like they were being blamed or targeted as the ‘cause’ of a patient breach.  This resulted in in-fighting between departments; the bookers blamed the speciality for not providing enough slots.  The speciality managers blamed the bookers for not requesting slots earlier enough… and the story goes on.  After several months of this, I often thought of myself as a ‘relationship manager’, managing the tensions between teams.

How would re-framing the question to focus on the positive outcomes we want to see have changed the end result?

After the session on AI, it got me thinking…I wonder if our results would have been better if we asked the question differently? What would have happened if we had done a root cause analysis into when we met the target in summer, rather than an analysis into why we failed afterwards? How would re-framing the question to focus on the positive outcomes we want to see have changed the end result?  What would the relationship between the teams have looked like?

Sadly, I can’t go back in time to find out the answer but it definitely got me thinking! I will be trying out the AI approach in other aspects of my work in the future and hope to share the results with you.

You can find a more detailed account of the Q visit to Prostate Cancer UK along with some other resources from the day on the Q visits page.