Learning from real life: a story of change and challenge from the South West

This blog is the start of a series of reflections from the Reimagining Health and Care SIG. In this first installment Matthew Bell candidly shares the challenges of moving to a networked organisational structure and some hard personal lessons learned. 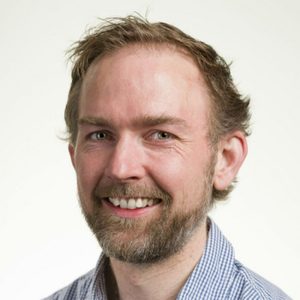 In February I joined Shared Lives South West. I made the move to create a change, but after 5 months it was clear that our aspirations were not well enough aligned to continue the journey together.

I’m going to be writing a series of mini-blogs to capture the challenges of changing to a way of organising that is more participative and distributes control, but also shares the personal lessons I have taken away. I want to do this to complement the many tales of success, and because I believe that transparency is critical for learning, and to move to a new, more values led, purposeful health and care system.

I want to do this to complement the many tales of success, and because I believe that transparency is critical for learning…

I’m lucky enough to be surrounded by amazing individuals in the Q Reimagining Health and Care SIG that will bring their own real life experiences to bear on the some lessons I have learnt.

But first a little bit of context. I saw the opportunity to work with Shared Lives as second to none. Here was an organisation that not only had a staff team, but 240 individual, self-employed carers. In Shared Lives, a young person or adult who needs support or a place to live moves in with or regularly visits an approved Shared Lives carer. What a perfect opportunity to take an organisation that was already community based, but that could be taken to be truly strengths-based and values-led, based on a networked organisational structure with authority moved down to the best levels of decision making.

I started at the end of January 2018. You can read about my reflections on my first few months in a blog post here. When I started there were the usual high and lows of change. We got off to a really positive start however, identifying some really important goals that the staff team cared about, and I felt truly inspired by the success of this.

Around the third month we started to reach some real tensions between the aspirations and the reality of change.

Around the third month we started to reach some real tensions between the aspirations and the reality of change. The very real capacity issues with people’s time, and perhaps more acute, the lack of ‘headspace’ to consider the organisational issues we were having to tackle – and the sense that once you pulled one string, another would unravel.

It would be fair to say that there was the whole range of reactions to this from yeah, let’s do it to just, please make some decisions! Now, this range of reactions needed to be ‘held’. The natural people to hold these reactions would be the managers because in an existing hierarchy, eyes tend to look to the manager to provide answers – especially about organisationally-focused issues.

But I hadn’t treated the managers as managers. They were, of course, part of the network that is the organisation, but I hadn’t treated the management team as the place where all these decisions were to be naturally taken. Instead I had questioned this. So combined with the circulation of the influential book Reinventing Organisations (pdf of book here). I think it is also fair to say that some of the managers were finding it difficult to understand what their new roles entailed and felt unsupported.

At the same time I had started to engage groups of carers about the future. The meetings were set up in two halves. One to tackle any issues that collectively the carers felt strongly about, the second to talk about what was really strong about them in their role as carers. On the whole I found these meetings incredibly inspiring – there are some amazing people out there in our communities, quietly getting on with changing the world, in their own way, in small steps.

…there are some amazing people out there in our communities, quietly getting on with changing the world, in their own way, in small steps.

During this time I was continuing to listen, but the gap between this, the managers and the trustees was, in the end, too wide and we decided that the distance between our aspirations was too large to continue together. This was a very sad moment for me and so part of the reason for this blog is also a personal goodbye to the opportunity I no longer have.

Overall, whilst we had to part ways, I have taken a lots of positives from the experience. The discovery of Shared Lives as this amazing model of care, the amazing staff and carers I met – and also the fact that a number of the team have been in contact saying they are sorry I had to leave and welcomed the fresh approach, means we may yet see an emergence in new ways of working.

As with any situation in life, it’s never one sided. It always takes two to tango and so there are lessons on both sides. I will own the lessons I will take away as those I need to adapt to in any future circumstance and situation.

In the upcoming blogs I will discuss the following tensions:

Then finish on a quick look at my thoughts on the necessary
building blocks of change.