Are we missing a trick when we drive failure underground? This blog shares learning from a week long Learning from Failure roadshow that took place in the North West Coast 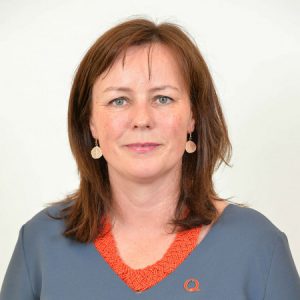 Last year I was involved in some work in Lancashire through the North West Collaborative, an alliance of organisations supporting transformation in the North West of England. Following interviews with OD and workforce leaders on barriers to change, we uncovered a strong theme around organisational approaches to risk-taking and failure. We were told that all too often when innovating and improving, we drive failure underground. This means that we miss opportunities to share and learn from what goes wrong. One workforce lead said:

‘We are very good at sharing what went well, how great this new model of care is. What we don’t share is the many times we get things wrong; are we missing a trick?’

Following this, we wanted to see how we could challenge the status quo, and to create conditions where it is safe for health and care professionals to reflect and learn from failure. We wanted to help leaders in organisations ask themselves, is our approach to failure serving us well, and if not how can we improve?

The Museum of Failure

I had heard about the Museum of Failure that had been set up in Sweden and contacted them to see if they had any ideas that might help us reflect on our approach to failure. By great fortune, Dr Samuel West, the museum’s founder, had just started to curate a pop-up museum of healthcare failure and we hatched a plan to bring it on tour to Liverpool and Preston – a world premiere in the North West. In that phone call the idea for the Learning from Failure Roadshow was born.

So, what did we learn about failure?

There are many reasons that innovation fails, each bespoke to the design process and context in which the innovation sits. It is important to learn from each episode, not hide but capture data from failure, which requires the setting up of monitoring systems within organisations.

Using methodologies and approaches to innovation and design thinking helps us to think creatively and develop innovative products and services that people want. Failure is a natural step in the innovation process and therefore organisations require a culture that tolerates a degree of risk taking.

Being able to model, play, experiment, iterate and test innovative ideas prior to implementation builds better products and services. We found that there are leaders within public services in this area who generously share what they have learned about innovation and failure, including Bromford Labs and Alder Hey Children’s Hospital.

Where it is not okay is in process and procedures that are predictable and should be reliable, such as in aeroplanes and hospital theatres. In this instance, we should learn and be held accountable for such failure.

There is failure when we are working in complex environments. Despite the best laid plans to prevent things going wrong, it still happens. We need to capture and understand what has caused this failure so we can learn from it.

Finally, there is failure when we are innovating at a new frontier – trying, testing and experimenting, so failure is inevitable. Brace yourself, this type of failure is to be expected – so expect it. As much as 70 per cent of such projects will fail so we need to learn how to fail well and fail safely.

To innovate and improve we need the right organisational conditions – teams and workplaces where people feel safe. A study by Google found five determinants of high performing teams in their organisation; at number 1 is psychological safety.

Prof Amy Edmondson originally coined the term psychological safety as a shared understanding by team members that the team is safe for interpersonal risk-taking. She found that clinical teams who felt psychologically safe to share failings without fear were better able to learn how to prevent medication errors.

The Innovation Agency is planning to share the learning from this work and has curated a number of resources on learning from failure. We have developed CPD accredited workshops on psychological safety that our partner organisations can access and we are exploring Failure Nights where professionals can share failures in a safe and open space. If you visit our Liverpool office you will find a Failure Board where we encourage staff and visitors to post their failures for others to see.

If you are interested in finding out more about what we learned during the roadshow, do get in touch.