In her second blog, Maimie Thompson shares insights around the pace of change in NHS Scotland over the past decade. In this instalment, she covers the early ‘people power’ behind Near Me in Highland leading to the roll-out of successful Q Exchange 2018 project, NHS Near Me. 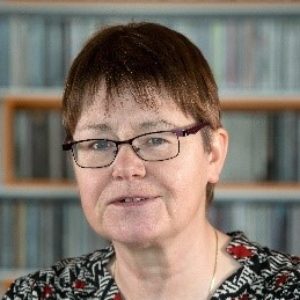 In my first blog, I touched on the pace of change in the NHS and some of the insights highlighted by Stewart el (2019) ‘Transforming health care: the policy and politics of service reconfiguration in the UKs four health systems’. I also reflected on the rapid acceleration of Near Me services across Scotland in response to COVID-19.

I want say a bit more about the early ‘people power’ behind Near Me in Highland by turning my attention to a major service change process in 2018. Carried out in the far north of Scotland in Caithness – a population of c26,000 – it was the most contentious and complex that the board had carried out. Indeed, it may be one of the most comprehensive and complex of any public sector organisation in the UK.

First, some context. Concerns about local service provision had a long and difficult history. There were three stand-out issues which significantly frayed relationships and trust between the community, some politicians and the board:

These legacy issues dominated the run-up to the options appraisal process in 2018 (18 May to 12 June) and the public consultation (20 August to 23 November).

Despite attending almost 100 events in 2017, as part of a pre-engagement process, the atmosphere remained highly charged. It drew attention from Scottish Government officials, Ministers and some ‘opposition’ MSPs generating negative PR and ill-feeling.

At times it was hugely demoralising for staff and members of the local community and no doubt equally frustrating for campaigners.

Finding ways to move forward together

The local elections held on 4 May 2017 offered the possibility of a new dawn and on the back of this, a ‘health summit’ was held in August 2017 with elected members. This was followed by a well-attended meeting later in the month where a clear commitment to work together emerged. One uniting factor being the need to ‘reduce the 12,000 Caithness people travelling 100+ miles for a 5-minute appointment’.

No matter how hard the local team had worked the legacy issues meant that Independent Facilitation was necessary and highly valued by all concerned.

To further strengthen commitment, a workshop with an Independent Facilitator was arranged for 2 November 2017. However, in a process which took many twists and turns, on 26 October hundreds of people attended a candlelight vigil at the Town and County Hospital in Wick. A few days later, on 30 October, two highly charged rallies took place with thousands taking part in protest marches. This was amid fears around ‘down-grading’ of services, claiming that hospitals would be closed before Christmas. While inaccurate, it left many local people fearful and some even scared.

The workshop on 2 November, just three days after the protest and rallies, was inevitably tense. NHS Highland made a heart-felt apology and proposed ‘stopping the line’ as the current process was clearly not working. The atmosphere palpably improved and a fresh approach was proposed and subsequently agreed by NHS Highland at their meeting later in the month.

After a cooling down period and information gathering sessions, an options appraisal process got underway (March to July 2018) supported by an Independent Facilitator. No matter how hard the local team had worked the legacy issues meant that Independent Facilitation was necessary and highly valued by all concerned.

The consultation was launched with two well attended public events. This was to allow early consideration of any suggestions and importantly to get a sense of how people were feeling. Issues around maternity services, which were not part of the consultation, dominated some of the earlier meetings. While important it had the potential to rail-road wider discussions and so a plan had to be put in place to separately manage these ongoing concerns.

While important it had the potential to rail-road wider discussions and so a plan had to be put in place to separately manage these ongoing concerns.

Just two weeks into the consultation there was a further turning point when the founder member of Caithness Health Action Team (CHAT) and Independent Councillor resigned from CHAT claiming the group had “lost its way” and its militant and divisive attitude was “in danger of fighting for fighting’s sake.” This came in response to members of CHAT, who had taken a full part in the Options Appraisal, attempting to discredit the process. The Local MSP Gail Ross describing it at the time as an “absolute disgrace to try and muddy the waters about the process at this stage.”

Over the three-month period a small core Project Team, mostly locally based, attended 105 meetings and events across the county for members of the public, carers, service users, and elected members. Meetings were held with residents, and relatives in care homes and day services, local groups, school pupils, students, mums and toddlers. On top of this, there was a planned programme of consultation activities for staff and regular contact with elected members. Perhaps unusually for such a high-profile redesign, it was not led by the executives – a deliberate decision.

In addition to the launch events, there were four facilitated public meetings each with a clinical and care panel and members of the core team. These were the best attended with over 100 participants. These allowed a larger audience to hear the debate and discussion especially the views of senior clinicians and social care staff.

In return, the panel got to hear the strength of feeling around patients and families having to travel such long distances for appointments. My personal sense was that if the apology helped to change the atmosphere; the clinical and care staff helped to shift the thinking and the public helped to shift the priorities. Some of the meetings were filmed and most had local journalists who reported on the meetings. Notes were taken after every meeting and published online.

It is estimated that around 1,250 individuals attended a consultation event. On top of this 14,529 Summary consultation documents and survey forms (with freepost envelopes) were distributed to all homes in the area. Other information updates, documents and resources were available on-line and locally. Around one in five households completed a survey with total of 2,017 responses received – a response rate of 14%.

Through this extensive, energised and at times bumpy process, seven out of ten people supported the case for change with a consensus on a preferred option

Through this extensive, energised and at times bumpy process, seven out of ten people supported the case for change with a consensus on a preferred option. It culminated with board approval on 29 January followed by Ministerial approval on 2 May 2019 signalling investment of c£30 million for local services.

This quite remarkable process went from protest to consensus in a year, something that the previous decade had failed to achieve. It may also have unwittingly been the catalyst for something just as profound: gaining a public mandate to implement Near Me services.

It was following the public protest meetings in October 2017 that Clare Morrison, now lead for the National roll out in Scotland, looked at the best way to achieve roll out of Near Me. She used QI methodology to develop a system-wide approach across Highland. The successful approach was recognised by an independent national evaluation.

Through Scottish Government Technology Enabled Care a plan was agreed to scale up Near Me across Scotland over the next couple of years. That work was two weeks underway when things changed dramatically with the outbreak of COVID-19.

This quite remarkable process went from protest to consensus in a year, something that the previous decade had failed to achieve.

This past few weeks has seen a rapid expansion of Near Me services across Scotland. Consultations have grown from 300 to 13,000 per week. People are accessing the service from their own home with around one third of the consultations with GPs. None of us could possibly have imagined just how important the feed-back from the Caithness process would turn out to be in managing a pandemic virus.

In my role of Public Relations and Engagement for NHS Highland, I attended hundreds of meeting in Caithness from 2011 to 2018 also experiencing the 200-mile round trip journey. In the current circumstances such physical presence and that type of engagement is clearly impossible.

Looking to the future

While a strong proponent of Near Me, the idea of moving across to digital engagement for redesign and consultation as a permanent solution does worry me; it worries me a lot. COVID-19 must not be an excuse for not engaging, if anything it is going to demand more as the inequalities exposed are stark. While I think innovations like Near Me should be the ‘new normal’ I feel strongly that digital engagement as a whole solution should not. It has always had a part to play but no matter how tough the major redesigns have been there was an honesty and integrity in meeting people in their ‘place’, with their elected members and staff. Perhaps, the most important thing is to explore alternatives and be prepared to change our minds if, and when, better ways of engaging, delivering services are found, necessary or called for. For now, #StayHomeSaveLives

Find out more about the Consultation Institute who have launched a new online resource in response to COVID-19.