Harnessing the power of feedback

Q Programme Director Penny Pereira shares her advice on making best use of feedback - drawing on the experience of co-designing Q. 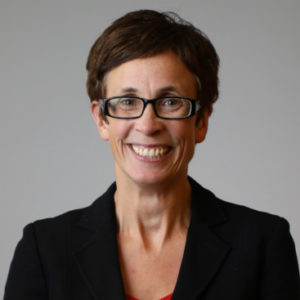 Q Exchange enables people to develop and refine funding proposals with input from other knowledgeable improvers across the UK. It is piloting a radically more transparent and participative process than most other grant giving programmes.

People seem to be really inspired by this, with lots of great comments appearing within a few days of the first project ideas going up. The vast majority are positive, with people pointing out where they are doing similar work and ‘competing’ bidders reaching out to each other to share reflections.  And there are some comments that are suggesting how the ideas could be improved.

Whilst it’s easy to agree that two heads (or even a whole community of heads!) are better than one, it can still be hard to take on board comments that are challenging. The experience of leading the co-design of Q taught me a lot about that, and I thought it might be timely to share some reflections.

The co-design of Q: probably the largest example of co-design in the history of healthcare improvement

The initial co-design phase of Q was hugely valuable, yet it was also often challenging for the team and probably the most professionally risky and exposing thing I’ve done. Over six months, we invited over 50 organisations and our 231-member founding cohort to co-develop and give feedback on every part of what we were proposing.  And people didn’t hold back – we collected thousands of post-its, survey responses and participated in passionate discussions, often played out publicly and often telling us contradictory things.  We also have our evaluators embedded in the team, explicitly encouraged to critique what we were doing.

Two years on, my commitment to collaborative development of ideas is as strong as ever, and we’ve accumulated a range of methods for doing this well [see Creative Approaches to Problem Solving toolkit and Liberating Structures in healthcare Q special interest group]. I’ve also got better at responding to critical or unhelpful comments and I’ve reflected on how to understand and make best use of such feedback.

Q Exchange: developing ideas for success in a multi-stakeholder world

The Q Exchange process encourages bidders to respond well to feedback and show their ideas developing in response. We haven’t just designed it in this way for the sake of it: we’re trying to create a space that aligns with what’s needed in the real world so people aren’t just doing work to feed the process and get funding.

Especially working as we do in complex multi-professional systems, evidence suggests that projects often fail to gain traction because they make perfect sense to the group who originally developed the concept, but don’t work for others who need to participate to make it successful.  Whether feedback changes your approach fundamentally or helps you communicate your idea better, we hope getting early input from many quarters will help set projects up for successful delivery – and wider uptake.

What I hope you’ll take from this blog, is that the team managing this process (and the wider Q community) understand the relational complexities involved with inviting honest critique.  This process is not aiming to find the perfect projects about which nobody has anything bad to say – many of the best ideas may be controversial. Those of us shortlisting recognise the trade-offs you’ll be balancing and look well on people engaging with the feedback they receive without expecting you to agree with it all.  We’re confident the Q members making the decision about who gets funding will appreciate that too.

The Q co-design process felt tough but also exhilarating. Our up-front commitment to stress testing ideas is still giving back. We also built a lot of momentum and credibility thanks to the story we can tell of an initiative built with input from many people from different backgrounds.  How much further might your idea go by coming through this process?