After her lightning talk at the UK-wide Q community event, Maxine Power reflects on how we can improve when the evidence is challenged and resistance is high. 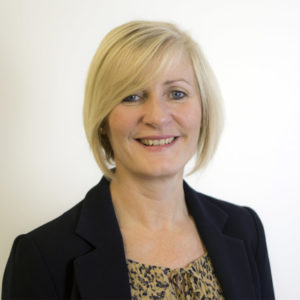 The annual UK-wide Q community event is an excellent opportunity to meet people with a shared purpose to improve health and care for patient benefit. Yesterday, at the event in London, I was privileged to participate. In a 15-minute ‘lightning talk’, I was tasked to unpack ‘complexity’ using the framework put forward by Julie Reed et al in their 2019 publication [1]. I would recommend this paper for any healthcare improver. Put simply the paper asks the improver to consider three things:

In this blog, I wanted to describe one example which required an iterative and pragmatic approach to implementation of research evidence, the first of Julie’s three things. My reflections are insights into a practical and very real example which hopefully will resonate with many and generate some wider debate.

Our challenge was that scepticism prevailed about the evidence and, whilst some people were fiercely wedded to one paper, an equal number had contrasting evidence to partially dispute its validity.

In 2006, Salford Royal NHS Foundation Trust was perfectly designed to produce 50 cases of Clostridium difficile (henceforth C. difficile) per month which conferred a 30% mortality at 30 days. 15 patients a month dying from a preventable and undignified infection. My role was to lead a team of six wards with the highest rates of C. difficile to reduce the new in hospital cases by 50% within a year. Our first job was to source the experts and the evidence – what could we do that could deliver this breakthrough goal? The results were clear: eliminate the unnecessary use of broad-spectrum antibiotics, enforce IPC procedures – particularly hand hygiene – and use chlorine-based cleaning products to clean the environment. Sounds simple, doesn’t it?

Our challenge was that scepticism prevailed about the evidence and, whilst some people were fiercely wedded to one paper, an equal number had contrasting evidence to partially dispute its validity. Hand hygiene was conflated with ‘bare below the elbows’, a practice that had almost no evidence to support its adoption but had been fiercely championed by the organisation’s leadership as a signal of commitment to a culture of safety. Moreover, the impact of the three was heavily weighted towards antibiotics as the key to reducing incident cases. Arguments ensued; there is no evidence, that won’t work here! We don’t have time? You’ll never achieve that, it’s simply not possible …

Some of you will have deployed ‘forcing functions’ a high order change which stops you doing the wrong thing or gets you to do the right thing. That was how we eventually gained control of antibiotic stewardship. Repeated attempts to educate and feedback to staff resulted in no change so, after much debate, testing and learning, senior staff agreed to remove all ward stock of broad-spectrum antibiotics making them accessible only through a senior medic or microbiologist.

Next came the challenge of behaviour change which couldn’t be engineered but needed to be embedded into routines and habits. Hand hygiene – a ‘no brainer’ you would think – was dismissed by staff as uninteresting and irrelevant. After all, they were washing their hands and what control or influence did they have over the behaviour of others? Their hand hygiene audits always came back at 100% – nothing more to do? So, what happens when the evidence suggests more work, the experts are saying ‘job done’ and the sharp end is adamant there is nothing more they can do?

This conundrum is the essence of the work we do and there is a plethora of arts and social science which describes the reaction of individuals and communities to challenge of this nature. It is the skilled leader who develops the skills to rattle the box but stay in it. This is what the framework asks of us. In the end, I decided to go with the resistance and asked the question ‘so who is passing the bugs around then if not the staff?’ A range of options were put forward and testing began.

Next came the challenge of behaviour change which couldn’t be engineered but needed to be embedded into routines and habits.

The irony of the C. difficile example is that in the end, the tests which improved hand hygiene in practice focused on supporting patients and families to lead the way. Ideas were tested to improve the hand washing of patients and families entering and leaving the ward. A practice which some IPC experts felt would have only a modest impact. However, the by-product of improved patient compliance was improvements across the board as staff felt obliged to follow suit. These tests of change were led by the very individuals who had fiercely objected to their own hand hygiene being further scrutinised. Through iterative testing and going with the energy, we achieved more.

The results of our programme were eventually published in BMJ as a quality report [2] – during the improvement programme, we reduced C. difficile in the participant wards by over 70%. A prize worth being pragmatic for and one which has been sustained. The posters and reminders produced during this campaign are visible to this day on every ward, patients and families still wash their hands on entering and exiting the ward and the results have been sustained for more than 10 years.