Co-design during a pandemic: the Antenatal Big Room 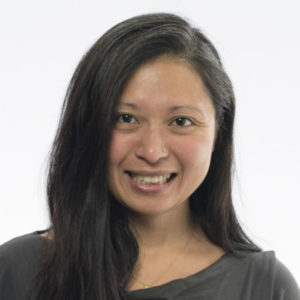 We have all heard the mantra, “nothing beats face-to-face”. However, in the past 12 months, the maternity service at Imperial College Healthcare NHS Trust found that engaging with service users virtually allowed for effective, co-designed improvements.

Pregnancy during the pandemic

It is important, now more than ever, that we are responsive to women’s maternity needs.

Pregnant women have had a hard time amid the pandemic. High-quality antenatal education has become scarce. Partners are unable to attend hospital appointments and scans. Phone appointments have replaced some antenatal appointments, and women have had fewer scheduled touch points with the service. Finally, many pregnant women were asked to shield during their pregnancy, creating an atmosphere of fear, isolation, and confusion.

Following a brief decrease in unscheduled attendances during lockdown one, the Maternity Day Assessment Unit (MDAU) saw a subsequent increase in attendances (see the graph below). Women were far more anxious and found it difficult to access primary care services. It is important, now more than ever, that we are responsive to women’s maternity needs. 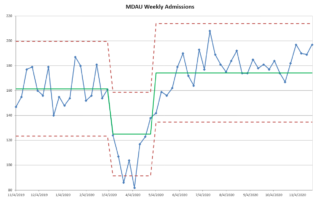 Over the past three years, the Antenatal Big Room (our weekly multidisciplinary improvement meeting) has tried hard to include service users but it proved challenging. Even finding the meeting room is stressful for women (often with a baby) and they may also be the only service user in the room with all eyes on them. One woman was so intimidated she got up and left.

We have found that a virtual meeting room flattens hierarchies in many ways; with ground rules such as cameras turned on, using the hand raising tool and utilising the chat.

The chairperson of Maternity Voice Partnership (MVP), our local service user group, agreed there were huge barriers to women being involved. We flipped the ratio of service users to healthcare staff by holding virtual “listening workshops” with staff numbers limited to three to four facilitators.

The MVP’s WhatsApp group and other forms of social media publicised the workshops, which were very well attended. Around 50 women came to the first one with all having a chance to contribute in virtual breakout rooms. We used the subsequent mailing lists to invite the “super engagers” to the Big Room, which since the pandemic had moved onto a virtual platform. The voices of many service users painted a general picture. Those who want to play a larger role have the opportunity to attend the Big Room weekly, with actions to implement after the meetings.

In order to engage a large group, virtual engagement and improvement meetings require facilitators skilled in using tools such as interactive boards, breakout rooms and polling systems. We have found that a virtual meeting room flattens hierarchies in many ways; with ground rules such as cameras turned on, using the hand raising tool and utilising the chat.

Nonetheless, people who don’t have access to high quality internet can often be excluded. It is also difficult for staff and service users without a quiet space to dial in. We found ethnic minority service users were much less likely to take part, particularly women who did not have English as their first language.

Here are some initiatives we have tried as a result of the Big Room service user group:

Co-designing services means truly working with our patients as partners by making it easy for their voices to be heard. Too often, we design services to meet the needs of our staff. Moving our Big Room from face-to-face to virtual delivery has meant women can easily join from home or work, often with their newly born babies.

“Nothing beats face to face,” except sometimes, the virtual world does.