Clare Ashby, Head of Safey and IPC Lead at the Improvement Academy in Yorkshire and Humber, discusses her team's approach to growing the Q community in their area 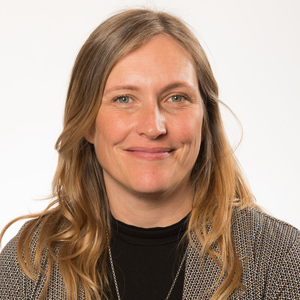 I joined Q in the founding cohort, so I’ve luckily been involved from the outset. Following a funding bid by the Improvement Academy to the Health Foundation to allow the use of some of my time on Q recruitment, I’ve been supporting those efforts. 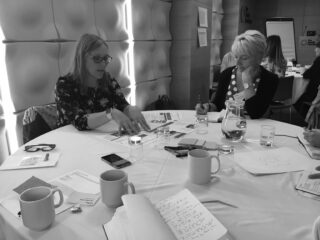 At the academy, we’ve been really clear from the start that Q belongs to the members, and that it’s a valuable national network as well as a regional one. We call the Health Foundation the mothership and the Improvement Academy the local contact point.

Growing Q in Yorkshire and Humber

We’ve worked on growing the local Q network from the existing improvement fellow network at the Improvement Academy to build on a pre-existing base of people interested in improvement. We also found that the “q-dos” of Q drew in some fresh people we had found hard to reach before, as well as the ones we already knew.

We also found that the “q-dos” of Q drew in some fresh people we had found hard to reach before, as well as the ones we already knew.

People that were unsuccessful in applying to Q have joined the fellowship and gone on to be have a fertile ground to build up some of their skills in QI, so that when Q opens again they’re ready to join. Our principle has been that people are taking the time to complete an application to join a network, rather than a job, and so if they’ve gone to the trouble of applying we really want to help them.

Twice a year we host Q events with excellent talks – recently a new Q member spoke about public network sharing and the culture of positive of feedback, and we’ve also heard from patient representatives and GPs. We make sure there’s lots of time to connect and share and that’s great.

We produce a newsletter that we use to constantly signpost to Q activities and to highlight improvement academy offerings like the Human Factors Programme, so that we can keep developing Q members and moving forward.

We’ve put in a bid for some more funding from the Health Foundation to be able to build on of our infrastructure and keep developing Q on a local level. We want to understand how people are connecting both nationally and locally with Q, and to know what they want more of and what works.

I’m going to go on some site visits, to reach out to the ‘lone wolf’ improvers that we know exist, who need more support within their organisations. We can pull out some valuable nuggets of information to share from those people. In other places we know there are strong pockets of Q members, like at the Leeds Teaching Hospital, and we want to find out if they’ve set up local activities within their own organisations. In those ways we can map the micro activity, the macro activity and the mothership work.

I’m going to go on some site visits, to reach out to the ‘lone wolf’ improvers that we know exist, who need more support within their organisations.

At Yorkshire Ambulance Service we have a group of five Qs that have formed an organisational group and we’ve even put in a bid in for the Q exchange. We’re expecting another eight people to join from there in the summer so we’ll be almost doubling our Q numbers here just through the process of moving forward and keeping people connected, which is really great.

We’re also trying to broaden diversity levels – for example, we see a lot of doctors but we’ve observed that nurses delivering hands on care (midwives etc.) are in particularly low numbers and we want to understand that. Later down the line we also want to find out more about the potential barriers to front line staff joining Q.