All together or not at all 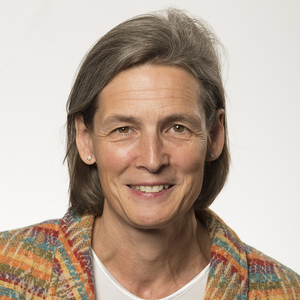 The model we explored was based loosely on Elinor Ostrom’s notion of “the Commons’, in which people from different disciplines and with diverse experiences come together to address shared problems, co-produce, and maximize community held assets and resources. Her work has been replicated around the globe in a huge range of public service settings (Ostrom, 1990). The values that underpin this model are closely aligned to those of the Q Community – co-production, stewardship, person-centredness, inclusion, expressed in the Q compact. Mary Dixon Woods referred to Ostrom’s model as having parallels in Q at the third design event in 2015 (Dixon Woods, 2015), and Berwick referred to it in his 2009 keynote (Berwick, 2009) suggesting it was the antithesis of Garrett Hardin’s ‘Tragedy of the Commons (Hardin,1968) a seminal paper in which Hardin explores the impact of self interest on managing scarce resources and concludes (predictably) that human beings are not good at putting the needs of others before their own.

We developed the imagery of the Commons, as a place where individuals work collaboratively rather than in competition, creating their own QI initiatives side by side, supported by the shared resources of the community, which was welcomed as a helpful way of imagining the Q Community operating at a local as well as a national level 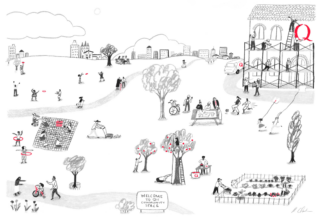 For the pilot we worked with three Academic Health Science Networks (AHSNs) – the West of England, the North East North Cumbria and the South West of England. Working closely with colleagues at the AHSNs, we recruited three ‘Convenors’ who helped to create three local Commons Stewardship Groups (CSGs). These were made up of diverse members working in community and hospital settings as well as patient members of Q. One CSG member described the purpose of the CSG to ‘set a vision for Q locally, moving people from theoretical to practice improvement for patients.helping to change the relationship between patients and professionals, crossing boundaries and giving people a sense of adventure about innovation.’

The CSGs were not perceived as ‘funding committees’ or even ‘events committees’ but a vehicle through which Q members could be nurtured locally, encouraged to cross organisational boundaries in order to share and learn, driven by curiosity and collaboration and not by competition. This was captured during one meeting in the phrase ‘none of us are as smart as all of us’ a sense of belonging to a community of quality improvers committed to one another, carrying shared values into their working lives, a vehicle for Q, a platform for communicating that Q members are ‘in it for the system, and not for ourselves.’

The Commons Stewardship Groups met three to four times during the twelve-month pilot, as well as at Q events. Towards the end of the pilot, members expressed a desire to continue to meet together and to work closely with their AHSN colleagues who had provided such critical support to the project. As one member observed; ‘Q is only going to flourish if we make it something people want to do. It’s the informal spread of messages and connections, not meetings but joining people up, sharing ideas and projects freely. Espousing the values of Q – the legacy of the CSG needs to be in that space.’

At this stage, we are not clear how the work of the Commons Stewardship Groups might continue, as Q is reviewing how it will support its members as the community grows and evolves. In the meantime, what lessons can be learned from the pilot? Firstly, the core purpose of the CSGs has been to place values at the forefront of all initiatives, to work across boundaries and professional groups, to influence from the top and from the frontline. This has provided what one contributor called ‘both a spotlight and a floodlight’ for local quality improvement activity, in other words, supporting local QI initiatives, and raising the visibility of the community and its quality improvement work.

Q is only going to flourish if we make it something people want to do. It’s the informal spread of messages and connections, not meetings but joining people up, sharing ideas and projects freely. Espousing the values of Q – the legacy of the CSG needs to be in that space

Secondly, the pilot successfully demonstrated a distributed leadership model, in which the ‘Convenor’ of the Commons Stewardship Group worked collaboratively with others in decision-making, acting as a local Ambassador for the Q community. The Convenors and members took this model to their local Sustainability and Transformation Partnerships (STPs) colleagues, and through this began to see QI as more central to STP thinking and delivery. Third, the three regions were proactive in recruiting new Q members, well above the national average (in one region a 44% increase compared with the national average of 20% increase). Finally, on a very practical level, they offered help to their AHSN colleagues to design and deliver a variety of events for Q members and provided mentoring and support.

Placing values at the forefront of all your work requires investment of time and having honest conversations about what is working well and what could be better. It is the bedrock upon which all good governance grows. In his 2017 keynote address to the IHI annual conference in Florida, Don Berwick asked his audience ‘to think back to best time in your life when you gave yourself to an aim, when you celebrated an interdependent relationship much bigger than yourself, when you were on a team that mattered to you.’  He suggested that there were several key common ingredients to such experiences – a clear common purpose, permission to fail, sharing credit for achievement, a safe space or sanctuary, a trusted convenor, and actions driven by affection from within, not rules, or accountability from outside. He talked about a sense of being “all together, or not at all.” My sense of the Commons Stewardship Groups was that they had gathered, knowingly or unknowingly, these very ingredients, and had watched each other, and the Q community, flourish and grow.

If you’d like to find out more, read the full report: What does good governance look like for Q?

I am grateful to all those who took part in this pilot, in particular Hein Le Roux, Helen Smith and Karen Morrell and all the fantastic members of the CSGs and the AHSN team who supported the work.

Report: What does good governance look like for Q?Report: Q Governance Model Regions